The infographic below paints a thousand words.

Before promising your hard-earned money to a charitable enterprise, it is crucial that you perform some important due diligence to be certain that most of your cash, actually finds its way as straight aid. Frequently, there are a large number of corrupt scammers who prey on well-intentioned donors, to benefit only themselves.

If you do not have the time to do the due diligence, then you can fall back on the research from Stanford Wilk. Since 2004 he has been keeping tabs on some of the more popular mainstream charities, and has been disappointed by exorbitant administration fees, that route billions of dollars into the pockets of “solicitors”, which are in many cases nothing more than commission based telesales people.

The Charities that Sanford Personally Recommends

These charities are not listed in any particular order.

For every dollar donated to World Vision, more than a dollar’s worth of help gets to children and their families. Read more …

In the 2015 fiscal year, 81.8 % of their donations went directly to helping children in their programs. This is one of the highest percentages for a child sponsorship organization.  Sponsor a child today … 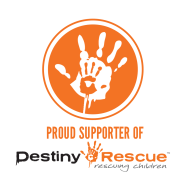 They’ve extricated more than 1,400 kids from exploitation and trafficking since 2011. Destiny Rescue has helped keep lots more from going into the sex-trade with the help of different prevention programs, assure justice for those that have been wronged and have raised awareness to unnumberable numbers. Make an offering or Sponsor a group residence for freed children